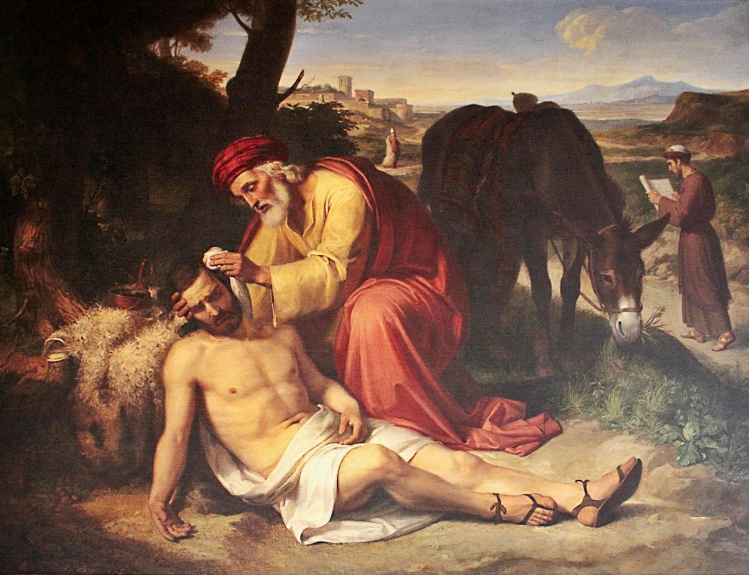 In today’s America, “sacrifice” sounds like a bad thing—like having to give up what you deserve, like an unjust hardship. In what Christopher Lasch called our culture of self-absorption and narcissism, the idea of giving for the sake of others or a common future seems just plain out of touch. Not in every community, but in our polarized national politics and in many business and finance sectors. Though self-reliance, individual striving, and competition have historically been parts of American culture, they used to be accompanied by a sense of responsibility toward the now quaint-sounding “common good.” Profits and success were supposed to lead at some point to giving back. We followed, or tried to follow, some version of the rule in the Gospel of Luke: “unto whomsoever much is given, of him much shall be required” (12:48). But in the hardnosed public life of today’s America, sacrifice sounds—as one newly minted MBA I know put it—“retarded.”

But before we allow the wolves of Wall Street to highjack our principles, “sacrifice” deserves another look. Might it, rightly understood, address some of the economic and political gridlock in which we’re stuck?

Eighteenth-century social-market economists like Antonio Genovesi recognized that the new capitalist markets got around the nobility’s stranglehold on the economy and gave commoners a way in. But they also recognized that markets flourish only when mutual concern, trust, and honesty do. In Genovesi’s view, “When the foundations of ethical trust tremble in a nation, neither can economic or political trust remain firm.” Adam Smith, now considered the guru of greed, had much the same view, warning that when markets were not embedded in honesty and reciprocal concern they made workers dull, destroyed communities, and weakened morality. He proposed instead that in markets, as in the rest of society, each should “endeavor, as much as he can, to put himself in the situation of the other, and to bring home to himself every little circumstance of distress which can possibly occur to the sufferer.”

Such sympathy emerges from a covenantal relationship and the giving that comes with it. This kind of relationship grounds not only families and close communities but our species and planet. A covenant, whether between persons and God or among persons, is a bond of reciprocal regard and care. It is a bond of mutual giving—of sacrifice—for the flourishing of the other. Unlike a contract, which protects interests, a covenant protects a relationship even at some cost to oneself.

The great medieval philosophers—Thomas Aquinas, Maimonides, Ibn Sina, Al-Ghazali—each developed this idea in a series of steps. They understood God as the source of all existence. There could be nothing, but instead there is something. And the reason for all “somethings” (planets, thoughts, languages, people)—what sustains their existence—is God. Nicholas of Cusa wrote in the fifteenth century that God unfolds into all (explication) and all is enfolded in God (implication). In Aquinas’s words, “God himself is properly the cause of universal being which is innermost in all things…in all things God works intimately.” Having something of God unfolded into us, we have something of a moral correspondence with him, which is what it means to say we are made in his image. Not directly or proportionally—we are not like God only smaller—but analogously. Our ability to act in the world, to cause things to happen—secondarily, within human capacity—is analogous to God’s. The Jewish tradition gets at a similar idea with the concept of “co-creatorship”: humanity, within its limited capacities, furthers God’s creation. Al-Ash’ari and al-Ghazali described it as humanity “performing” what God creates.

God’s primary mode toward creation is giving. At every moment, he gives existence to everything that is. And this giving of oneself for another is the basis of all covenants. As creatures made in God’s image, we, too, can give of ourselves for others, and that means that we, too, are capable of covenant. Even more remarkably, God, who needs nothing, has invited us to give back to him. This is a radical departure from pagan cosmogonic myths. It is easy to imagine a nonreciprocal covenant between unequal parties, and easy to imagine a reciprocal bond between equal parties. But the covenant introduced in the Hebrew Bible, between God and humanity, is a reciprocal bond between unequal parties.

This was the meaning, for instance, of bringing tokens of the harvest to the ancient Temple in Jerusalem. Harvest gifts were acceptance of covenantal reciprocity and mutual responsibility. Another instance of gift from humanity to God is generosity to other persons. Giving to the needy, a sacrifice from person to person, constitutes gift to God. Moreover, if one fails to give to others, one fails in giving to God—an idea captured in John’s famous observation “Whoever does not love their brother and sister, whom they have seen, cannot love God, whom they have not seen.” In medieval Jewish communities, things given to persons in need were called hekdesh—“made holy” as gifts to God.

This, it turns out, is not only a theological idea but also a scientific one. Evolutionary biology observes that we are, in the words of biologist Paul Schmid-Hempel, a “hyper-cooperative species” in which “reciprocal altruism” (Robert Trivers’s term) structures not only dyadic and kin relations, but also large societal networks, even among highly mobile persons with only infrequent contact with one another. Evolutionary advantages included greater likelihood of offspring survival, with cooperative groups of parents caring for the young, as well as greater likelihood of food acquisition among cooperative rather than competing clans. Nicholas Christakis and James Fowler report that, even amid present-day mobility and urban anonymity, generous acts prompt generous responses not only dyadically and immediately, but also expansively.

Neurobiologist Darcia Narvaez, writing about the gene that is decidedly not selfish, notes, “Whom a person becomes is a co-construction of genes, gene expression from environmental effects…and the ecological and cultural surroundings…. There is no being without shared social relations.” Post-quantum physics adds that our biology is relational because the structure of physical existence is relational. In the “entangled” world of quantum physics, “each particle,” Kirk Wegter-McNelly explains, “is ‘free’ to behave according to its own nature, and yet its entanglement with another particle allows it to act in concert with its entangled partner.” The Nobel Laureate Ilya Prigogine adds that “communication”—even “consciousness”—is present in all chemical reactions, where molecules “know” and are affected by what the other molecules will do even over large distances. Physicist Carlo Rovelli concludes, “We must accept the idea that reality is only interaction…. All things are continually interacting with one another, and in doing so each bears the traces of that with which it has interacted.” Interaction and reciprocal impact are the basis for energy and matter, as they are for human evolution and survival.

With reciprocal impact comes reciprocal responsibility and giving—sacrifice for the common good and our shared future—as we are dependent on our relations with one another for identity and flourishing. These relations may begin with those nearby but extend out as the health care, nutrition, and educational and economic opportunities available to each person—as well as the stresses and violence surrounding her—are determined by those not only nearby but across the nation and globe.

Understanding our interdependence and our capacity for covenant puts us in a better position to develop policies and practices that go with, rather than against, the grain of our nature. Given humanity’s record of greed, abandonment, and violence, this is easier said than done. But one way of understanding fallenness is as a rejection of our relational nature.

The consequences of accepting our interdependent nature can be both profound and practical. Robert Doran, SJ, writes that our understanding of how the world works affects “habitual attitudes” and provides a “normative source of meaning” that governs community, markets, civil society, and government. A grasp of our covenantal nature will change persons and institutions and better enable us to see beyond our own individual interests, beyond the strength of our political party or the ups and downs of our investment portfolio. It will help us ask more frequently whether our local and national institutions provide the means for problem-solving and economic development based on our interdependence.

Examples of such initiatives include shared efforts by business and government to retrain un- and under-employed workers; regional public-private redevelopment in “left behind” areas; greater investment in education; and business incentives tied to long-term development rather than short-term profits. The same understanding of our interdependence might prohibit corporations from moving to low-tax areas so they can do business everywhere and pay taxes nowhere. Whether these are the best proposals may be open to debate. But the standard for assessing public policy should be how well it accords with our covenantal nature and capacity for reciprocal gift and sacrifice.

To the charge that this is unrealistic—“people just aren’t like that”—I return to the recent findings of biology about the “reciprocal altruism” and “hyper-cooperativity” of our species. And to the claim that our America’s particular, individualist culture just isn’t like this, I respond that cultures change, however slowly